Why Wooden Roofs Are Not as Good as Metal Roofs 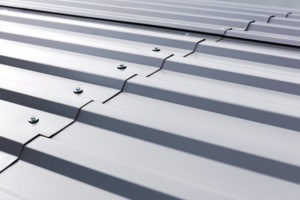 Wooden roofs have been used in virtually every corner of the world, throughout history. The spectacular ceramic or metal roofs of the urban buildings we admire today actually appeared only in the seventeenth century.  Cities became overcrowded, and fires became a huge danger. For example, after the great fire of 1666, in London, it was forbidden to build houses with wooden roofs.

Nowadays, unlike metal roofs, wooden roofs are no longer one of the first options, being relatively perishable and more difficult to bring to current comfort standards.

The properties of wooden roofs are still admirable, from certain perspectives. The service life can be estimated at around 30 years, with proper maintenance. The acoustics are optimal (such a roof does not need extra layers to absorb unwanted sounds), and the aesthetics are delightful, even after the first patina shades. However, these exceptional properties can become problematic.

The roofing companies Lincoln NE has advise that humidity and fire issues cannot be overlooked. Wood has a high hygroscopicity, which causes its destruction over time, by cracking or deformation at the dimensional changes it undergoes, between periods of frost and heat. This problem, as well as that related to the risks in case of fire, can be solved by treatments in the manufacturing and pre-installation phase. However, the disadvantage is that the treatments offer only a relative degree of protection and must be resumed periodically.