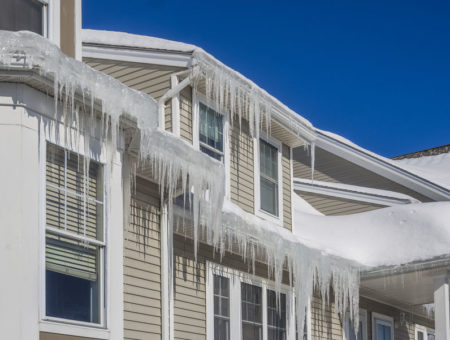 The most common weather events associated with roof damage are violent events, such as storms, but they are not the only phenomena that can damage your roof – more silent phenomena, such as snow and ice build-ups can also harm your roof. Here is why a thick snow blanket or the icicles that develop at the edge of the roof can be harmful, too: